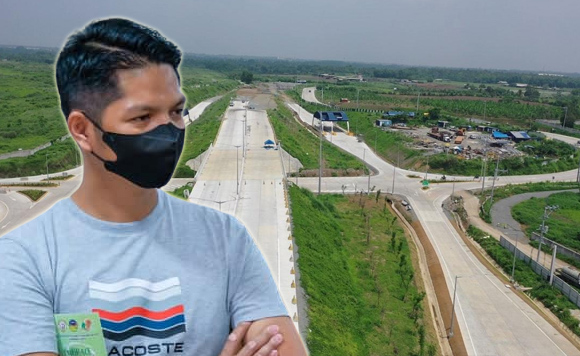 Silang Mayor Kevin Anara has urged the Department of Public Works and Highways to immediately resolve the right-of-way issues that have delayed the MPCALA Holdings’ Cavite Laguna Expressway project in his town.

MPCALA is a subsidiary of the MVP Group’s Metro Pacific Tollways Corp.

Anarna said the Silang local government would do its part to help resolve the issue, especially since the delay in the completion of the interchange has prevented Silang from attracting more tourists and investors that could develop inner roads.

One of the critical portions needed for the completion of the expressway is 450 meters of land owned by a private corporation.

“We are very willing to help MPCALA and the national government to fast track the opening of the Calax Silang (Aguinaldo) interchange. Right now, we are planning to set up a meeting with the owner of the land to discuss the right-of-way issues. Maybe we can get a compromise agreement before the end of the year,” Anarna said in a statement.

This fifth of eight segments of the 45-kilometer expressway is a 3.9 kilometer section from Silang East Interchange to the Aguinaldo Highway.

Once this is completed, it would serve more motorists, including 298,000 Silang residents.

It would also increase the average daily traffic from Mamplasan to Silang East Interchange and ease the bottleneck along the Aguinaldo Highway, Governor’s Drive and Sta. Rosa-Tagaytay Road.

Anarna said the completion of the expressway portion was vital to Silang, which would host international horticulture events in January and April next year.

“We want to be known as the ‘Botanical Garden of the Philippines,’” he said.