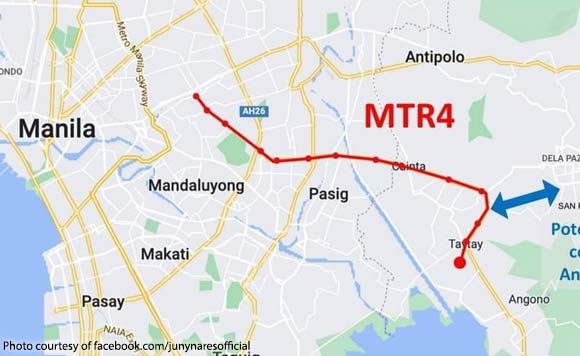 The Asian Development Bank would conduct a pre-feasibility study on putting up a cable car connection from the MRT-4 project in N. Domingo to Antipolo, according to Antipolo Mayor Jun Ynares.

Ynares said the proposal aims to reduce the heavy traffic congestion on the roads going to Antipolo, especially during the rush hour.

He also said it was too early to judge the project now, so there was no need to argue about it.

He asked the people to keep an open mind about the proposal.

“Possibilities are endless if we are supportive of each others dreams,” he added.