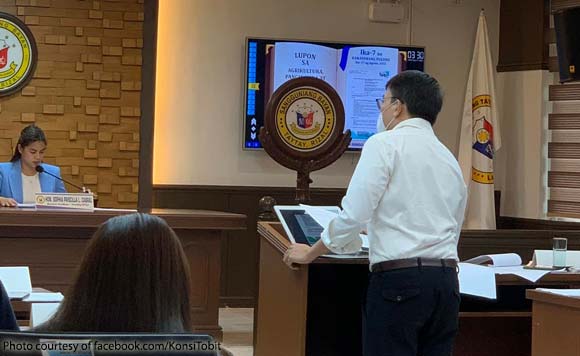 Taytay Councilor Tobit Cruz wants Taytay to be officially known as the Garments Capital of the Philippines.

Cruz pushed the approval of a resolution urging the President to issue a proclamation to give Taytay this moniker.

He said his research showed that there has been no such official declaration from the national government.

Such a recognition could only be given via a measure approved in Congress that would become a Republic Act, or through a Presidential Proclamation, he said.

He said an official declaration recognizing Taytay as the Garments Capital of the Philippines would help institutionalize the garments industry, which provides a source of livelihood to half of the population of the town.

Politiko would love to hear your views on this...
Post Views: 12
Tags: garments, Taytay, Tobit Cruz