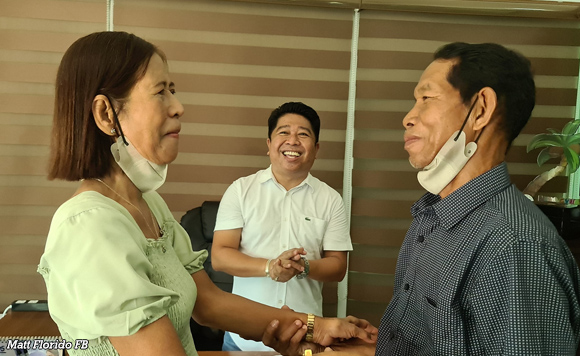 Florido was happy to officiate the wedding of the oldest couple he has met as mayor.

In a Facebook post, Florido said Lolo Rading and Lola Siony were 70 and 66 years old, and have decided to get married before him.

This was their second time getting married before a mayor, he said.

They were first wed in 2012, but they learned that their marriage was not officially listed as per the records of the Civil Registrar.

They then decided to get married again to legalize their union.

The mayor was all too happy to oblige and said he was glad that their love for each other did not change in 10 years.

He felt their happiness when they were getting married, he said.

Congratulations to the sweet couple!