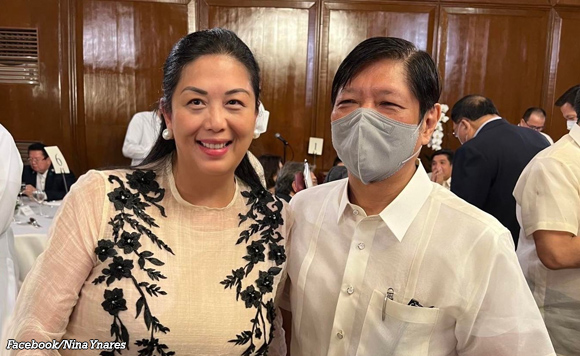 Rizal Gov. Nina Ynares has been named treasurer of the League of Provinces of the Philippines.

Ynares said she did not know why she entrusted with the responsibility, considering that she is only on her first term as governor.

But she said she would fulfill her responsibilities.

She took her oath of office before President Ferdinand “Bongbong” Marcos Jr. in Malacañang.

She said the President recognized the importance of communication and coordination between the local government and the national government for the effective implementation of development plans.

She promised her full support for this.

Politiko would love to hear your views on this...
Post Views: 29
Tags: Gov. Nina Ynares, League of Provinces of the Philippines., President Marcos Jr.