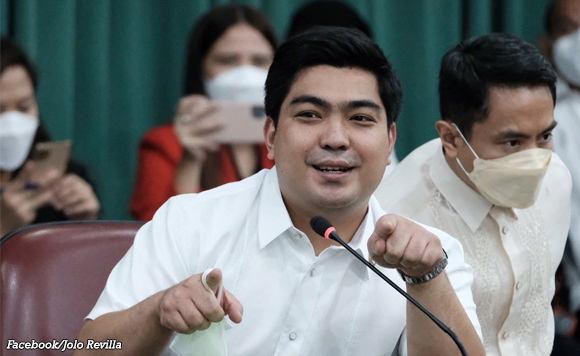 Cavite Rep. Jolo Revilla is optimistic that his request for higher wages for Cavite workers would be granted.

Revilla joined the dialogue consultation with Department of Labor and Employment officials in the House of Representatives, and he relayed to Secretary Bienvenido Laguesma his concern that workers in Region IV-A, particularly Cavite, have low wages.

Revilla said the recent wage increase granted to them was not enough and was even divided in two tranches.

He also said it was still far from what workers in Metro Manila are earning even though Cavite is close to the capital region.

But he sees a glimmer of hope as Laguesma informed him that he would reassess the situation in Cavite, which hosts economic zones and industrial areas near Metro Manila.

There is a chance that wages of Cavite workers could be increased, he said.

Politiko would love to hear your views on this...
Post Views: 11
Tags: Cavite, DOLE, Jolo Revilla