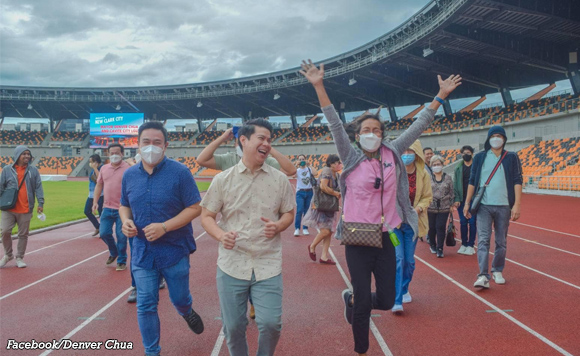 In a Facebook post, Chua said they got to go around the place, and he could not help but be impressed by its sports facilities.

He said the Athletics Stadium and Aquatic Center were world class and were completed in 18 months.

These inspire him to pursue his dream of more progress for Cavite City, he said.

If New Clark City could do it, so could Cavite City, he said.