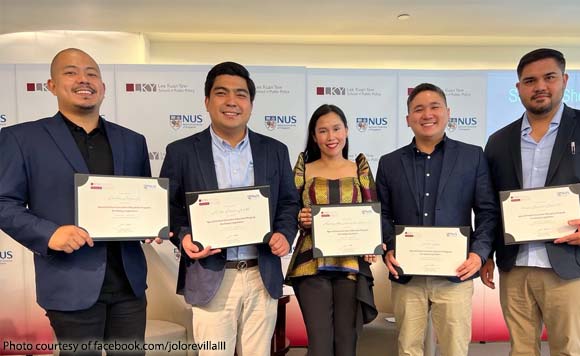 Cavite Rep. Jolo Revilla was one of several lawmakers who just completed his study program at the Lee Kuan Yew School of Public Policy of the National University of Singapore.

Revilla said they learned new things about crafting laws and about governance, and added that it was important for officials to keep on learning and improving their skills.

He said that even if he was already in office, he continues to study and learn so that he would have more to offer to the people.

Politiko would love to hear your views on this...
Post Views: 11
Tags: Cavite, Jolo Revilla, Singapore