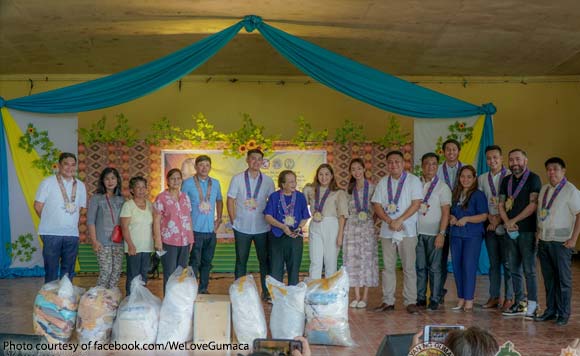 The Lorenzo Tañada foundation has donated fabrics and thread to the local government of Gumaca for the livelihood training for women.

Gumaca Mayor Webster Letargo received the donation and thanked the Tañada family, led by Azucena Reyes Tañada, for their generosity.

The donation was made as part of the observance of Tañada Day on August 10.

Members of the KALIPI program would benefit from these items, according to the Gumaca local government.

The members are currently being trained how to sew at the Alona Training Center, it said.