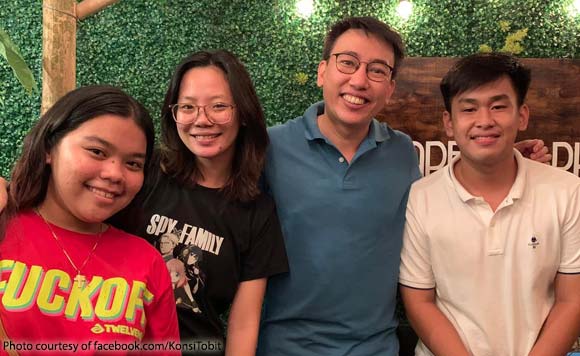 Taytay Councilor Tobit Cruz was very happy with the student interns who worked for him.

In a Facebook post, Cruz thanked three interns under the Special Program for the Employment of Students who joined him in his office for 20 days.

He actually only had one intern, Jen, assigned to his office, but two others, Yanie and Franz, volunteered during their spare time to draft resolutions and ordinances.

He is very proud of them because they now know how to write legislative documents, he said.

They were also able to join him in committee hearings, meetings, and sessions, he said.

He thanked the three and said he hoped their internship had been a meaningful one.

He thanked them as well for teaching him how to use Tiktok.

They’re not the only ones who learned something new!