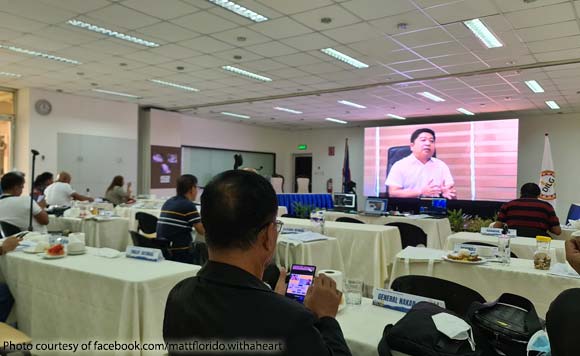 General Luna Mayor Matt Florido was one proud official when his town was featured and praised in a video of the Department of the Interior and Local Government-Calabarzon.

The DILG video was played during a seminar for Region IV-A Mayors at the Development Academy of the Philippines.

In a Facebook post, Florido said the video was shown on the TV while the mayors were having lunch, and he saw General Luna being painted in a positive light.

His fellow mayors all looked at him and told him he was on the screen, he said.