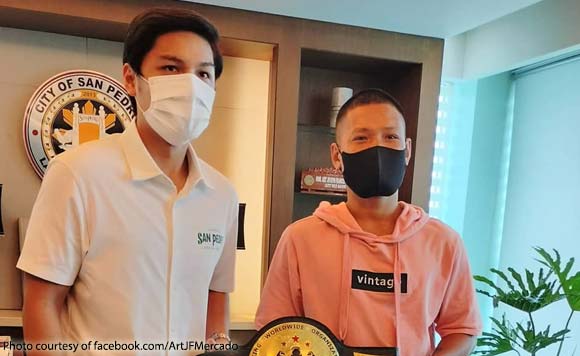 San Pedro Mayor Art Mercado was so happy to see a boxing champion in his office.

In a Facebook post, Mercado said Edward Heno paid him a visit after bagging the Boxing Worldwide Organization bantamweight belt.

Heno is a native of San Pedro, and Mercado was honored that the champion came to see him.

He thanked Heno for dropping by and said the whole city of San Pedro is proud of him.

He vowed to support all of the city’s athletes so that it could be first when it comes to sports.

Maybe it could have more champs in the future!