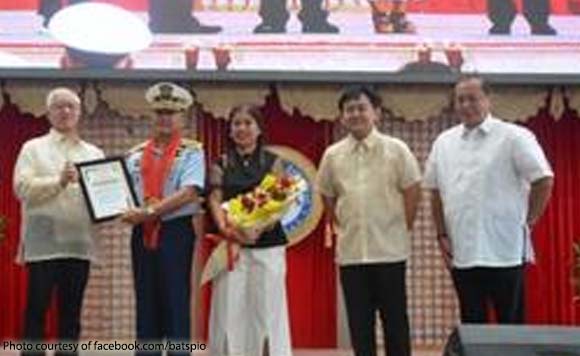 The province is proud of its residents who serve as role model and inspire the people, according to Batangas Gov. Dodo Mandanas.

Mandanas led the recognition of the two Abus as new heroes of the province recently.

The PCG Commandant was recognized for his dedication to his duty, especially during the eruption of Taal Volcano.

He provided important service to help affected residents and communities, the provincial government said on Facebook.

Lt. Gen. Abu, who is the current chief of the Philippine National Police Directorial Staff, was honored for the good programs he initiated during his postings in different parts of the country.