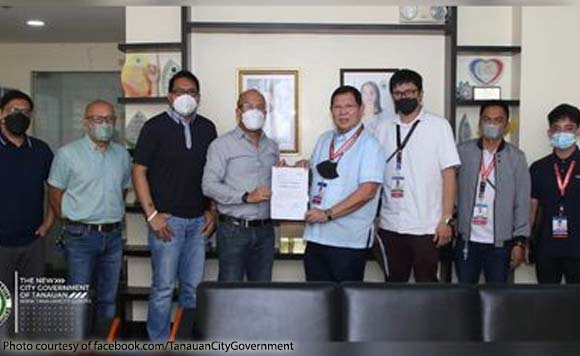 Tanauan Mayor Sonny Collantes recently met with representatives of Smart and PLDT to discuss the improvement of the internet connection at the New Tanauan City Hall.

During the meeting, Collantes underscored the benefits of having a faster connection.

Collantes said it would help the local government provide better public service as the process of asking for documents and mayor’s permits would be faster.

It would also allow the city government to disseminate important information in a faster way, and would help it monitor the situation on the ground so that it could respond immediately during disasters and emergencies, he said.

Collantes and the telco officials likewise discussed the improvement of PLDT service in the whole of Tanauan.

The telco representatives promised new routers for all offices of the city government.