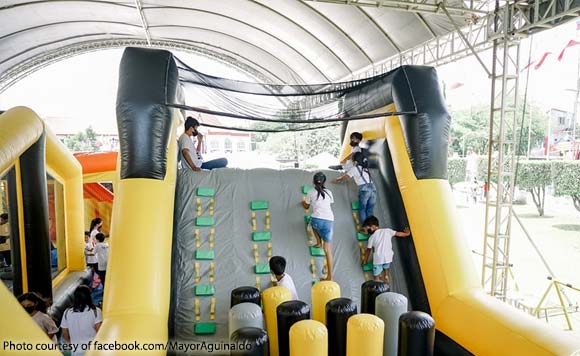 Kawit Mayor Angelo Aguinaldo has made sure that children from his town would enjoy playing outdoors once more.

Aguinaldo installed an inflatable playground at the Freedom Park so that they could have fun and bond with friends.

He noted that children had been forced to stay at home for nearly two years to keep them safe during the pandemic.

This deprived them of the chance to be with friends, he said.

He hopes to remedy this by providing them with a fun place to play.

He also said that the local government, with the rural health unit makes sure that the playground is safe and that the children using it don’t have COVID-19 symptoms.