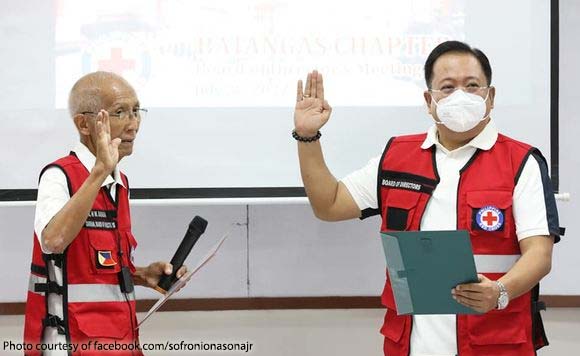 Calaca Mayor Nas Ona has a new role to play.

Ona has been named to the Board of Directors of the Philippine Red Cross Batangas Chapter.

Ona underscored the important role that the PRC plays, especially during calamities and emergencies.

He vowed to support the objectives of the PRC with all his heart, and thanked the group for its trust in him.