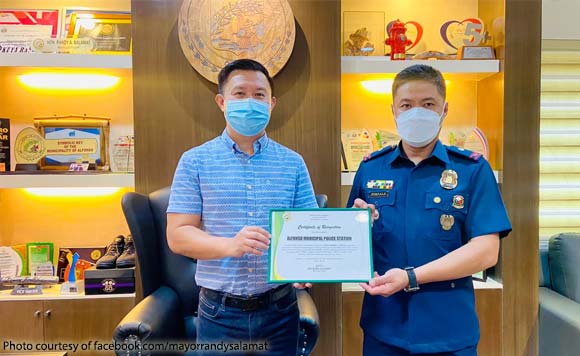 Alfonso Mayor Randy Salamat is proud of the town’s police station and thanked it for its good performance.

Salamat awarded a certificate of recognition to the Alfonso Municipal Police Station for its successful manhunt operation for a suspect last month.

The Philippine National Police Calabarzon office also named the station as the Outstanding Class C Municipal Police Station of the Year in the field of Police Community.