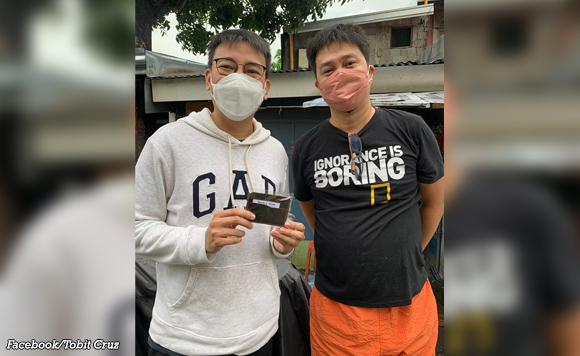 Taytay Councilor Tobit Cruz has yet to find his old card holder that he lost while working, but he was able to get a new one as a gift.

This was because he met Sir Ben, a resident of St. Anthony Subdivision who makes handcrafted leather products and who gave him a new card holder.

It was of very good quality and even had his initials on it, he said.

Ans since Sir Ben refused to accept payment for the card holder, he just ordered two more of the same item, which he plans to his girlfriend and sibling, he said.

He has a new local business to support!

Politiko would love to hear your views on this...
Post Views: 5
Tags: Councilor Tobit Cruz, Taytay