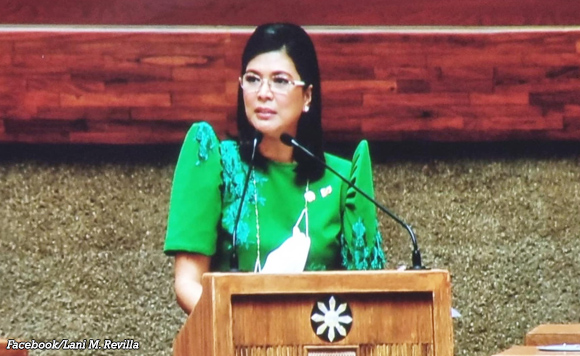 Cavite Rep. Lani Mercado lost somebody close to her and her family with the passing of former President Fidel V. Ramos.

Mercado bid goodbye to FVR as she mourned his death.

Ramos was her ninong and was also the father of the Lakas-Christian Muslim Democrats, she said.

It was because of FVR that her husband, Sen. Bong Revilla, got into politics, she said.

She paid tribute to Ramos’ numerous achievements and condoled with his family and loved ones.

“Our thoughts and prayers are with Ninang and former First Lady Amelita ‘Ming’ Ramos and their loved ones. Salamat and Rest in Peace, Ninong FVR!” she said.