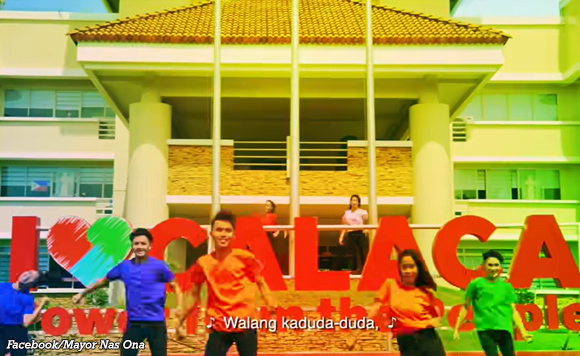 Calaca Mayor Nas Ona has released a music video as part of his efforts to convince his constituents to vote “yes” during the September plebiscite to turn Calaca into a city.

The music video’s main message was for people to vote “yes na all,” as becoming a city would bring greater progress to Calaca.

Ona said Calaca could be the first city in Western Batangas.

He called on his constituents to support the bid to becoming a city.