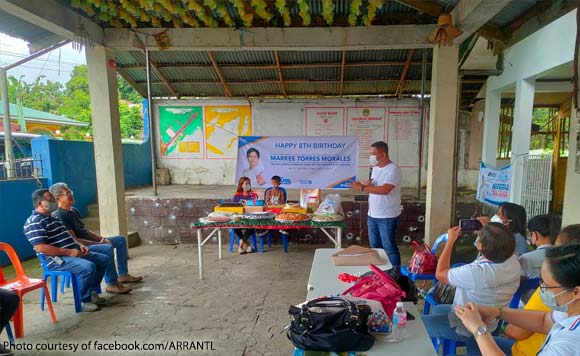 Cavinti Mayor Arrantlee Arroyo joined the 8th birthday celebration of one of the country’s 100 millionth symbolic babies, who hails from the town.

Markee Torres Morales was one of the babies born on June 27, 2014, the date when the Philippine population reached 100 million.

Morales is from Cavinti and lives in the same barangay as Arroyo.

Arroyo said the town was lucky to have Morales, and promised to provide support and guidance to the boy.

He also shared his birthday wish for him.

Politiko would love to hear your views on this...
Post Views: 19
Tags: Arrantlee Arroyo, babies, Cavinti