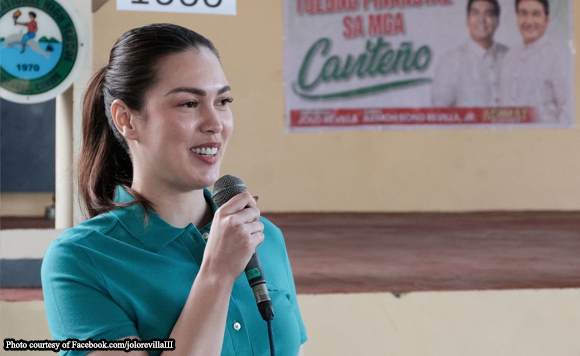 It looks like Cavite Rep. Jolo Revilla’s Angelica is getting a taste of the politiko life.

Angelica joined the recent distribution of financial assistance to Cavite residents, which is part of the program of Sen. Bong Revilla Jr. to provide aid to those badly hit by the pandemic.

A total of 2,000 residents from Rosario were the initial beneficiaries of the cash aid.

The congressman said the amount given may not be that big, but it came from the heart.

He thanked Angelica and his constituents for supporting the program.

He also explained that he could not join the event because he was involved in preparations for the President’s forthcoming state of the nation address.

At least his wife is there to serve as proxy!

Politiko would love to hear your views on this...
Post Views: 18
Tags: Angelica, joins, Jolo Revilla