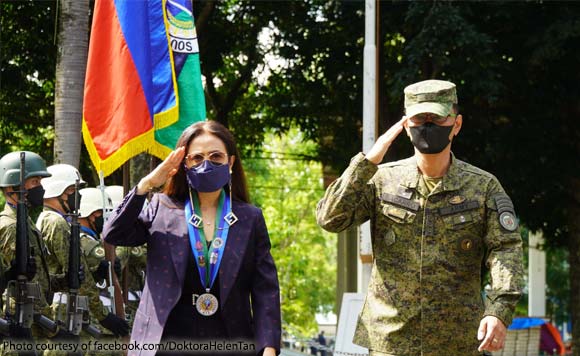 Quezon Gov. Helen Tan paid a visit to the Quezon Police Provincial Office and relayed her directives to the law enforcers.

Tan told the police officers that she would like the law to be strictly implemented in the province and for the fight against illegal drugs to continue.

She also spoke against illegal cockfighting activities, saying these must be stopped as they just drag people deeper into poverty.

She said she would come to the defense of the policemen in case other officials question them for doing their job.

“I am asking you all to strictly implement the law. The fight against drugs will continue without violating the rights of every Filipino. Kapag inaway kayo ng Mayor dahil may hinuli kayo na kanilang botante, sabihin niyo ako ang may sabi. Sagot ko kayo. I will not be an instrument sa anumang hilingin na alam kong outside the law,” she said.

She also said her office is always ready to listen to the police and to help them.