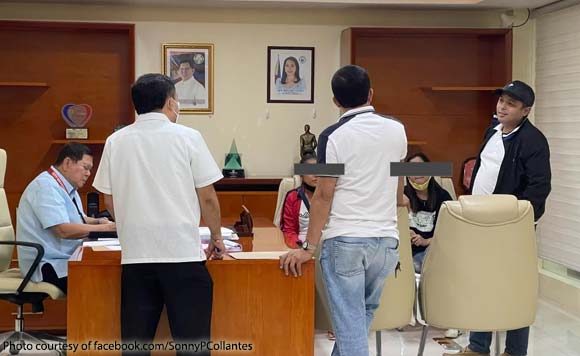 Tanauan Mayor Sonny Collantes has come to the rescue of his constituents who were duped into buying space in an establishment that was not covered by the proper permits.

Collantes said two individuals came to him for help after they bought space in the Tanauan Trading Post or Bagsakan, but were still unable to use it after some time.

He said he inspected the area and learned that the building and the spaces that were sold were illegal as these were not covered by the proper documents.

Moreover, the earnings from the establishment did not go to the city government.

To help the complainants, he directed the City Legal Office to handle the matter and to hold accountable those behind the illegal activity.

Politiko would love to hear your views on this...
Post Views: 267
Tags: Sonny Collantes, Tanauan