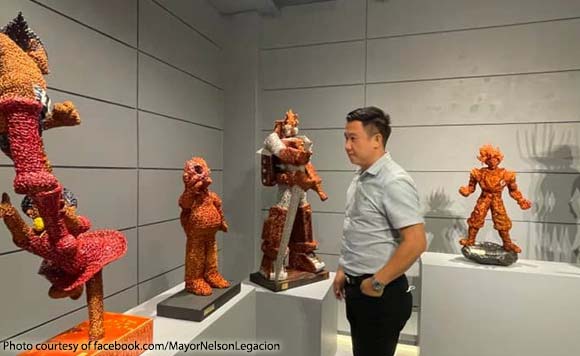 Salamat attended the first solo exhibit of Alfonso resident JayR Bello, titled “Wired on Wires,” and congratulated him on his achievement.

Bello is known for his wire sculptures.

The exhibit of his works is being held at the Secret Fresh Gallery from July 3 to 15.

Alfonso is very proud of its homegrown artist, Salamat said.

He loves his own!