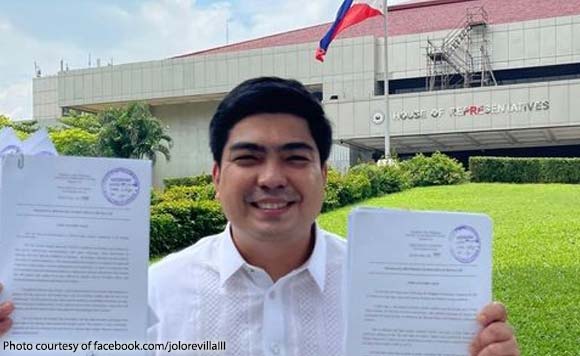 Cavite Rep. Jolo Revilla has filed his 10 priority bills, which include measures to provide more benefits to barangay workers and to give the province’s economy a boost.

His other priority bills seek to increase idle land taxes, to upgrade the Kawit Kalayaan Hospital to a district hospital, to increase the salary rates of private sector workers, to mandate the roll over data allocation scheme, and to grant a sanitary leave to all female employees.

He said these are just the initial measures he would pursue and he would file more in the coming days.