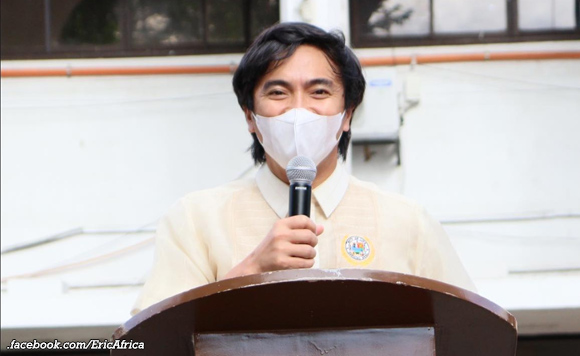 Lipa Mayor Eric Africa and seven city personnel are facing plunder and graft complaints before the Office of the Ombudsman in connection with the disbursement of P107.2 million in cash advances before the May elections.

The cash advances were released in March and used for educational financial assistance, pension for senior citizens, extended beneficial assistance to the transport sector, and the allowance of barangay functionaries.

The complaint was filed by Lipa resident Levi Lopez, who alleged that city hall employees holding co-terminus positions had been designated as disbursing officers and received cash advances, which was in violation of a Commission on Audit regulation.

Lopez said that as per a COA circular, only permanently appointed officials shall be designated as disbursing officers, and elected officials may be granted a cash advance only for their official traveling expenses.

He further contended that the cash advances for the financial assistance were handled by the Office of the City Mayor and not by the City Treasurer’s Office, which was not in accordance with the Local Government Code.

He noted that the cash advances were made before the start of the campaign period for the May elections, where Africa ran for reelection.

This indicated that Africa took advantage of public funds for his own political gain, he said.

Lopez also alleged that there were irregularities in the use of the funds for the Social Amelioration Program.

He said that the review of the documents by COA showed that the payroll for the SAP for nine individuals were not signed by the payees, which cast doubt on whether the money was received by target beneficiaries and properly liquidated.

He also contended that the as per the audit report, Lipa failed to submit the required documents supporting the implementation of the SAP.

Politiko would love to hear your views on this...
Post Views: 114
Tags: Eric Africa, Office of the Ombudsman