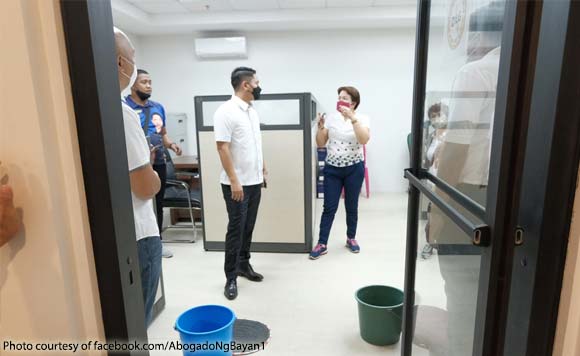 Silang Mayor Kevin Anarna visited the new municipal hall and was not happy with what he saw.

Anarna said the building had leaks that allowed rain to seep inside, drenching rooms and office equipment.

The rooftop also had cracks and no proper waterproofing, he said.

He said local government personnel should not have been allowed to move to the new municipal hall yet because the building was not yet finished.

The certificate of completion and occupancy permit were just issued so that the contractor could ask for payment, he said.

He is considering taking legal action over this, he said.

He also said he was giving the contractor one month to complete the new municipal hall.

In the meantime, Anarna would be holding office a the old municipal hall.