Lipa Councilor Mikee Morada thanks wife for ironing his barong 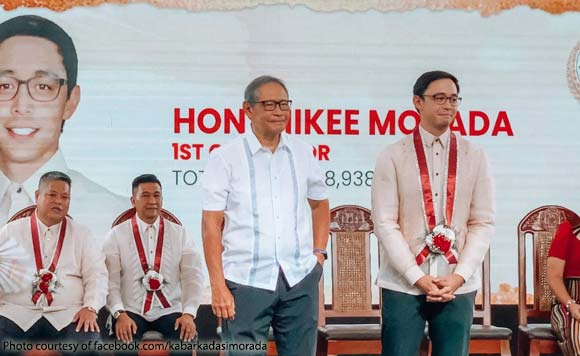 Lipa Councilor Mikee Morada is thankful to his wife, TV host and actress Alex Gonzaga, for making sure he looked good at his oath-taking.

In a Facebook post, Morada said his wife prepared his barong and ironed it before she reported for work.

She wanted to make sure he looked dashing as he swore to uphold his duties.

He also said his oath-taking was meaningful because his father joined him on stage and held the bible for him.

He has a supportive family!

Politiko would love to hear your views on this...
Post Views: 41
Tags: barong, Lipa, MIkee Morada