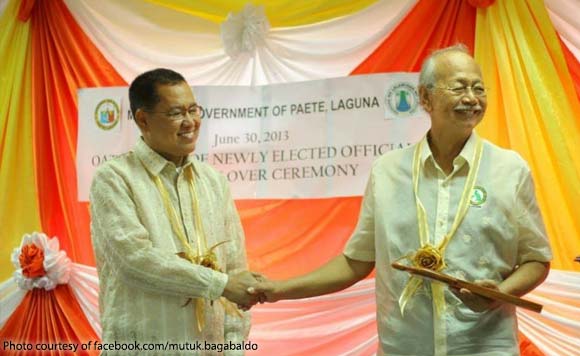 Mutuk Bagabaldo was unable to turn over the symbolic key to the city to his successor and Paete’s new mayor Bokwet Cosico on the last day of his term.

In a Facebook post on Thursday, Bagabaldo said he received the key in 2013 and it symbolized the responsibilities he would have as local chief executive.

This year, he was unable to hand the key to Cosico as the latter was not at the turnover ceremony.

In his own Facebook page, Cosico gave advance notice that he would not be able to join the turnover ceremony set by Bagabaldo on June 30.

This was because he had already scheduled a mass and oath-taking on the same day and time, he said.

He said he earlier requested Bagabaldo for a meeting with the transition committee on June 21 so that documents could be turned over to him, but his request was not granted.

He only received the invitation for the turnover ceremony on June 27, he said.