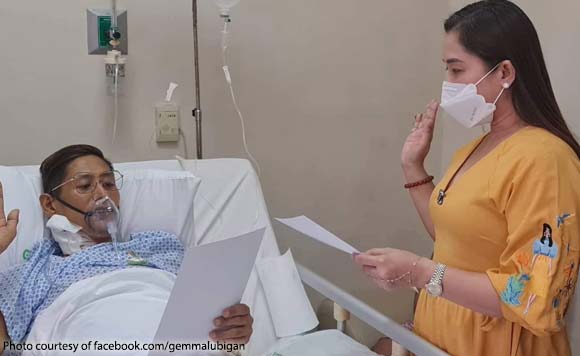 Trece Martires Mayor Gemma Lubigan is in mourning over the death of Councilor-elect Benjamin “Belgium” Balite.

Balite passed away on June 25.

Lubigan, who administered Balite’s oath on his hospital bed, is heartbroken over the loss of her team member, who became like family to her during their campaign.

Many had been excited over the kind of public service that Balite would give, she said.

But even before he had been elected, Balite had already helped a lot of people, she added.

She could not be completely happy on her scheduled oath-taking because he would not be there, she said.