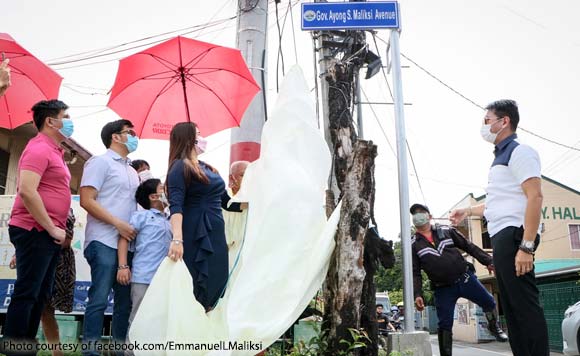 Imus Mayor Emmanuel Maliksi paid tribute to his late father Ayong Maliksi by opening a new road named after him.

The mayor led the inauguration of the Gov. Ayong S. Maliksi Avenue.

It will start at Antero Soriano Hiway and run through Imus from Medicion II-F up to the corner of Bucandala, said Maliksi.

He also said he hopes the new avenue would be very useful and offer convenience to the public.