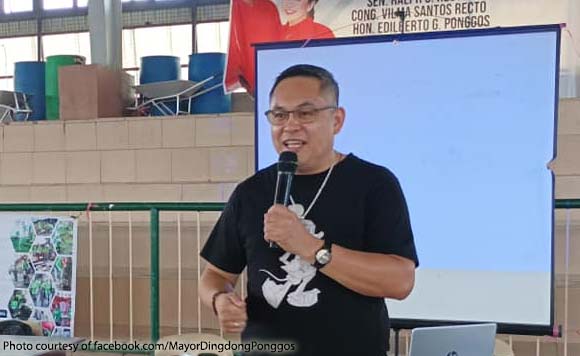 Alitagtag Mayor Edilberto Ponggos has advised residents not to use tap water from the town for drinking and cooking due to high levels of arsenic.

In a Facebook post, Ponggos said the Philippine Nuclear Research Institute had conducted a comprehensive examination of Alitagtag’s water and found it contaminated with arsenic.

He said water from Alitagtag Water District, Balibago Waterworks, and Barangay Waterworks in Alitagtag should not be consumed by humans and animals.

But the tap water could be used for bathing, washing clothes, and cleaning, he said.

He also said purified water from water refilling stations is safe to consume.

The local government would also supply water to residents, he said.

Politiko would love to hear your views on this...
Post Views: 14
Tags: Alitagtag, drinking, Edilberto Ponggos