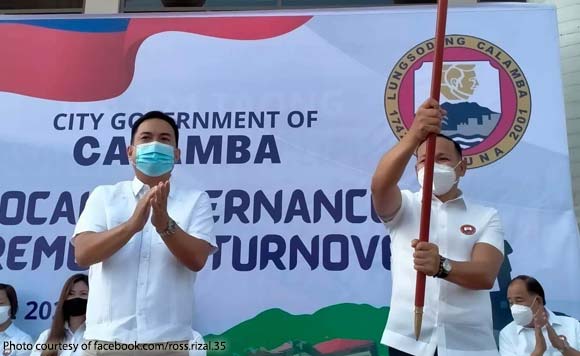 Calamba has witnessed a peaceful transition of power.

Outgoing Mayor Justin Chipeco has turned over the symbol of power and responsibility to his successor Ross Rizal.

The ceremonial turn over was held in front of the city hall.

Rizal, the incumbent vice mayor, said it was now time to for people to unite.