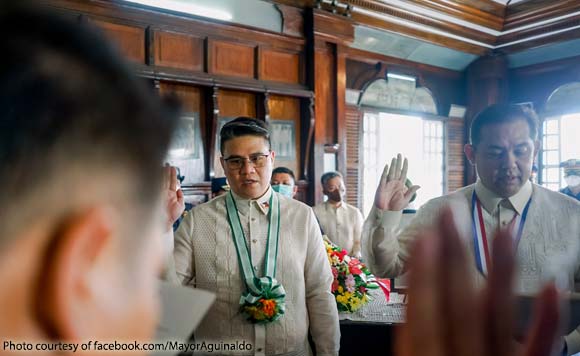 Kawit Mayor Angelo Aguinaldo took his oath of office for his fresh tern on a very significant date.

Aguinaldo took his oath for his third and last term on June 12, Independence Day.

It is a significant day for the country and especially for Kawit, which is where Philippine independence was declared.

He also thanked his special guest for the event, Leyte Rep. Martin Romualdez.