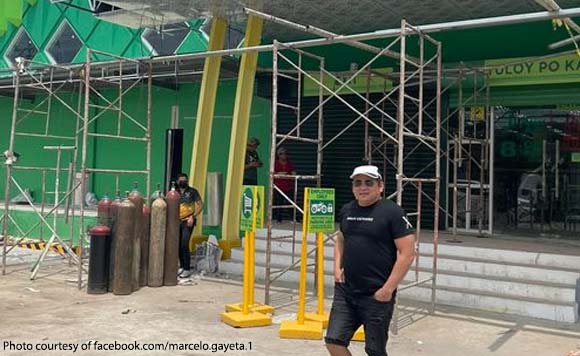 Sariaya Mayor Marcelo Gayeta hailed the opening of a new Puregold branch in his town, which he said is a sign of its progress.

Gayeta said the Puregold branch is a big one and provides a lot of job opportunities to Sariaya residents.

He said many residents had applied for a job in the store, and called on those fortunate enough to be picked to do their job well.

Those who did not get in should not lose hope as more job opportunities would be open to them, he added.

Gayeta noted that there are concerns that the opening of Puregold would cause the public market to lose customers.

But he said more businesses are coming in to Sariaya because its population has been rising as well.

He said public markets continue to operate in other towns and cities where malls had been built.

Politiko would love to hear your views on this...
Post Views: 36
Tags: Marcelo Gayeta, Puregold, Sariaya