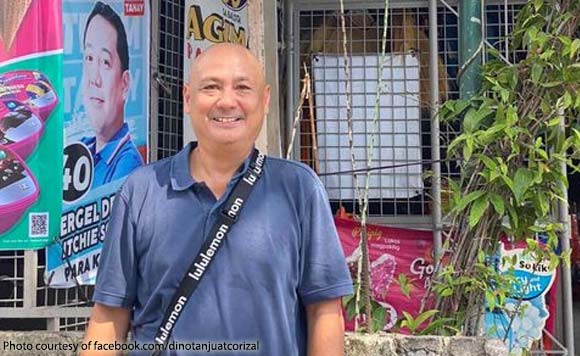 The father of Rizal Board Member Dino Tanjuatco has been immortalized in Tanay.

Tanay has named one of its streets after former Rizal Rep. Ding Tanjuatco.

The younger Tanjuatco posed for a photo before the street sign and explained that the street is where his family’s ancestral house is located.

The street was named after his father to honor him for his contribution to the progress of his district.

He thanked Tanay for the tribute.

The younger Tanjuatco would soon serve as Rizal representative.

Will he get a street named after him as well?

Politiko would love to hear your views on this...
Post Views: 11
Tags: Dino Tanjuatco, Rizal, Tanay