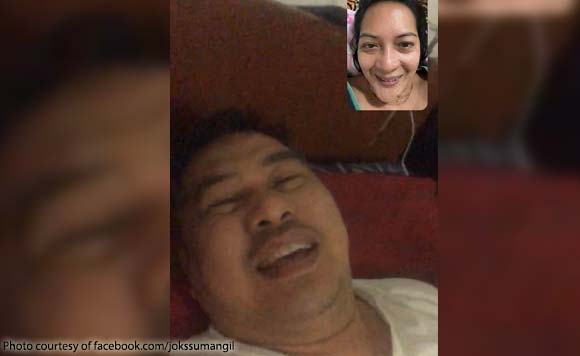 In a Facebook post, Evangelista shared a screenshot of her video call with her husband and said that she has gotten used to talking to him through the screen.

In their 22 years of marriage, they have been away from each other for about 20 years because they are both serving the country, she said.

But thanks to apps like Messenger and Viber, they get to talk to each other during their free time.

She thanked her hubby for not forgetting to communicate with her and their daughter.

She can’t wait to see him soon, she said.

Technology is great, but nothing beats seeing him in the flesh!