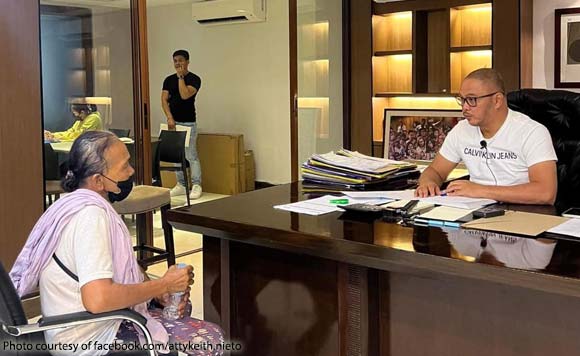 Cainta Mayor Kit Nieto has come to the aid of a bottled water vendor who went viral after she was seen on video refilling a mineral water bottle.

The vendor was criticized because of the impression that she was selling the refilled bottles, which she denied.

Nieto provided a new cart and new packs of bottled water to the vendor and vowed to pursue legal action against the person who uploaded the video.

In a Facebook post, Nieto said he watched the video again and listened to the vendor’s explanation that she was using the refilled bottle to put on her nape to beat the heat.

However, her livelihood has already been adversely affected, he said.

Previously, she was able to sell 10 boxes of sealed water bottles in one day.

After the video came out, she was only able to sell three boxes as her frequent buyers started avoiding her, he said.

Nieto summoned the vendor and provided her with her own cart and bottled water that he bought from the grocery store.

He placed her cart in the biggest tricycle terminal in Cainta and gave her P5,000 to help her start anew.

He also said he would file a cyber libel case against the person who uploaded the video.

Politiko would love to hear your views on this...
Post Views: 99
Tags: Cainta, Kit Nieto, vendor