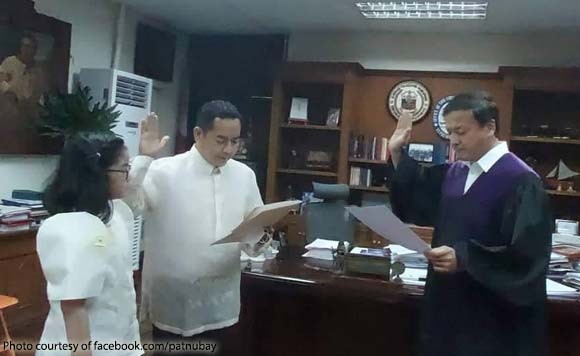 Angono Councilor Patnubay Tiamson has sworn to uphold his duty before one of the highest court officials of the land.

Tiamson underscored the importance of vowing to uphold his duty.

He recalled that for his first term, he took his oath before Supreme Court Chief Justice Lucas Bersamin.