Ferris wheel along Marcos Highway dismantled for lack of permit 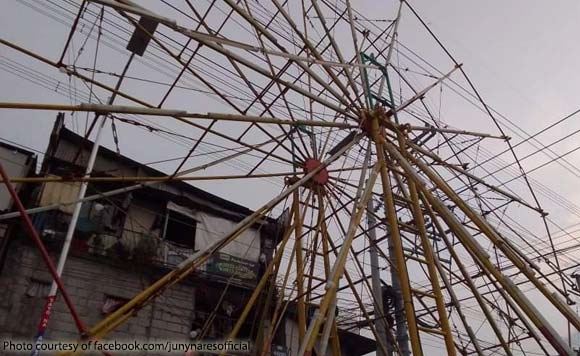 Antipolo City Mayor Andrea Ynares announced that a ferris wheel put up along Marcos Highway in Antipolo has been dismantled.

Ynares said the structure was put up on the road and was not covered by permits from the city government.

The city government did not have the chance to check if the ferris wheel was safe, so it was dismantled lest it hurt somebody, she said.

According to her, people have the right to make a living, but this should be done properly and in compliance with the rules.

Public safety is paramount, she said.