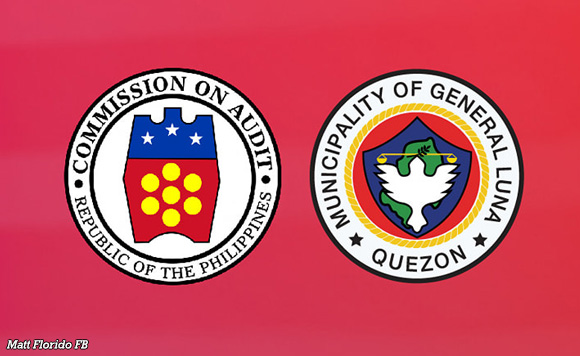 For the first time in its history, the General Luna government received the highest rating from the Commission on Audit.

Florido said its COA rating for its financial report for 2021 was the result of clean and honest governance.

He said the unmodified audit opinion that General Luna received from the COA is the highest grade that the agency gives to local governments.

It is given to those that have used public funds properly and responsibly, he said.

He dedicated this achievement to the people of General Luna and promised to continue serving them well.

Politiko would love to hear your views on this...
Post Views: 8
Tags: Commission on Audit, Mayor Matt Florido