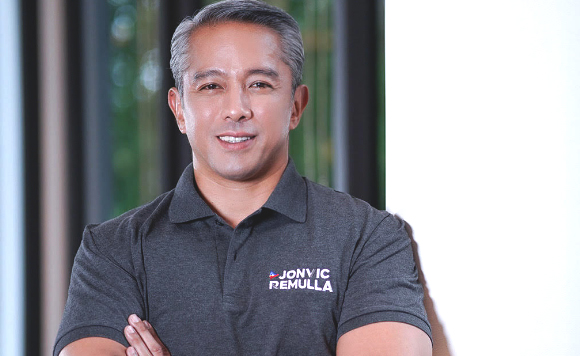 Cavite does not condone discriminatory acts against members of the LGBTQ community, according to Gov. Jonvic Remulla.

Remulla came to the defense of political blogger and transgender Sass Sasot after the Church of God World Missions turned off the light and sound system while she was speaking at a graduation ceremony on Friday.

The religious group owned the venue where Sasot was speaking as special guest during the graduation ceremony of the Southern Philippine Institute of Science and Technology.

The Church of God defended its decision by saying it does not allow members of the LGBTQ community to be a guest speaker on its pulpit and that the school knew about this rule.

But the incident did not sit well with Remulla, who pointed out that Cavite has an ordinance considering it unlawful to discriminate against any group or person on the basis of their sexual orientation or gender identity and expression or those who belong to the LGTQBA community.

“This is about people who use the shield of their faith to spread hate and bigotry where a church should be about compassion and tolerance,” he added.

Those who acted against Sasot were “using the bible in the most dangerous way possible; using the old testament in the context of a culture 2,000 years old,” he further said.

He assured Sasot that he is on her side and encouraged her to keep on speaking up.

“No matter what, continue to be a voice for those who cannot defend themselves. No one can silence the roar of a righteous cause. Nothing can dim the light that shines from within.

I am on your side and the whole LGBTQ community on this,” he said.

The governor said he embraces members of the LGBTQ community.

His best friends in schools were gay, and his staff consists of every color in the rainbow.

“We are happy, productive, and tolerant of each other. Pronouns don’t matter to me as much as competency and honesty,” he said.

Politiko would love to hear your views on this...
Post Views: 61
Tags: Jonvic Remulla, Sass Sasot