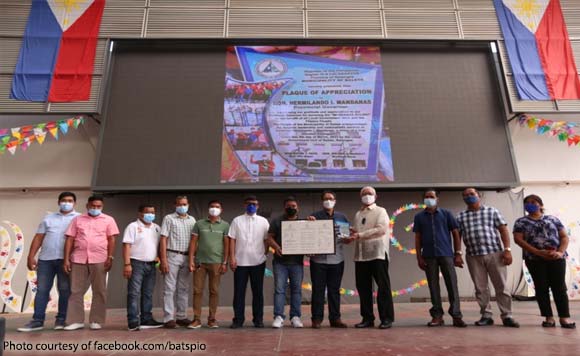 Balete officials led by Mayor Wilson Maralit and Vice Mayor Alvin Payo presented Mandanas with a Plaque of Appreciation for the Supreme Court petition that has led to a decision now known as the Mandanas ruling.

The awarding of the plaque to the governor was pursuant to a resolution approved by the Sangguniang Bayan of Balete.

Maralit said the Mandanas ruling is a very beneficial to local governments as it gives them more resources.

Balete received an additional P33 million, which would be a big help in implementing projects, he said.

One of Balete’s plans is to complete the construction of its new municipal building so that the old one could be converted into a district hospital, he said.