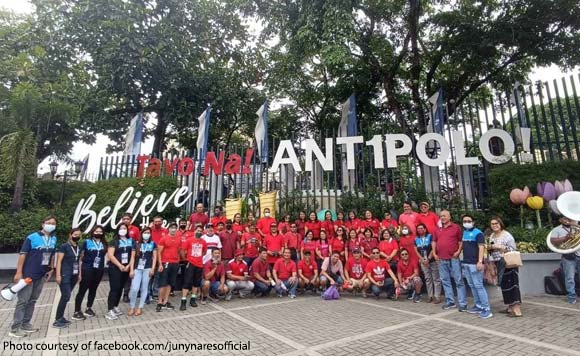 Antipolo recently welcomed representatives from Baguio City who want to learn about its best practices.

A total of 60 representatives from the summer capital came to Antipolo to study the programs of the Office of the City Treasurer, according to Antipolo Mayor Andrea Ynares.

In a Facebook post, Ynares said she was proud of the fact that the city has been known for its good public service, with other local governments opting to learn more about its programs.

She said many local government representatives visited Antipolo after it was named Most Competitive City from 2017 to 2019 by the National Competitiveness Council and Department of Trade and Industry.

They wanted to learn Antipolo’s best practices when it comes to good governance and transparency, infrastructure, solid waste management, livelihood, tourism, and more, she said.

She called on city personnel to continue working together.

Antipolo may not be perfect, but it is always striving to do better, she said.