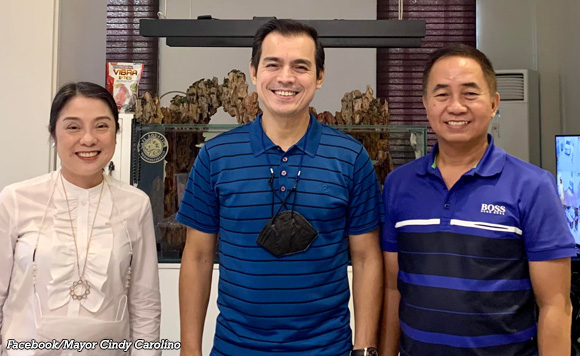 In a Facebook post, Carolino said a person would know if a friend is true if he is present in times of hardships and happiness, joy and sadness, and victory and defeat.

Domagoso has been there for her and her husband Tony, she said.

She thanked Domagoso for remembering them and meeting with them and said they appreciate the gesture.

Domagoso also assured her that he would always be willing to help her, for which she is grateful.

He is such a genuine person, she said.

He may not have won the presidency, but he has won their hearts, she added.

Yorme is a winner in their eyes!