Pakil Mayor Vince Soriano vacations in Bohol, hopes to copy one of its programs 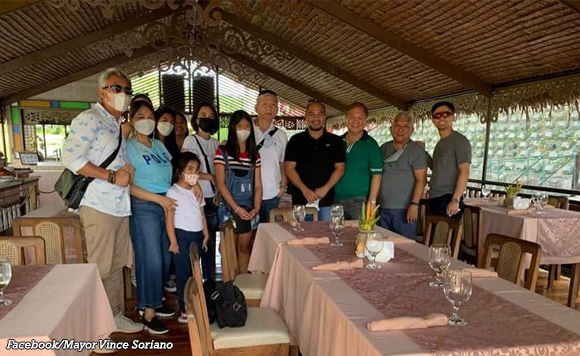 Pakil Mayor Vince Soriano went to Bohol on his first family trip this year, and had a good time.

Soriano was also inspired by one of the programs of Loboc, which he hopes to emulate in Pakil.

He expressed appreciation to Calipusan for his hospitality and said he and his family enjoyed the river cruise and special performance of the Loboc Music Ambassadors.

He also praised its program for the Loboc Music Ambassadors, who are all scholars of the local government and are also supported by the private sector.

The members of the group get free college education and lodgings in exchange for honing their musical skills.

More than 150 students have graduated under this program, which has reaped accolades and awards.

Soriano said he is now studying how to implement a similar scholarship program in Pakil which, like Loboc, is also known for music.

His trip to Bohol has sure been fun and inspiring!

Politiko would love to hear your views on this...
Post Views: 9
Tags: Bohol, Vince Soriano