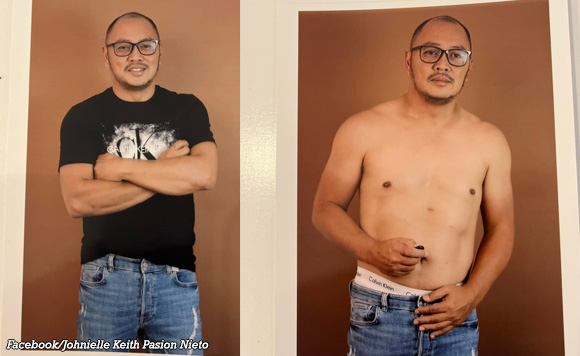 Cainta Mayor Kit Nieto had a bit of fun when he went around the town recently.

In a Facebook post, Nieto said he passed by a photo studio and decided to check it out without introducing himself.

The staff invited him to do a self shoot, and he agreed and had fun before the camera, he said.

He even took his shirt off for some of the photos.

The mayor shared the results of his photoshoot on Facebook, and said the staff of the place did not know that he would make the photos public.

Those who want to have their own photoshoot like him could check out the place, which is called The Studio by Project Miguela.