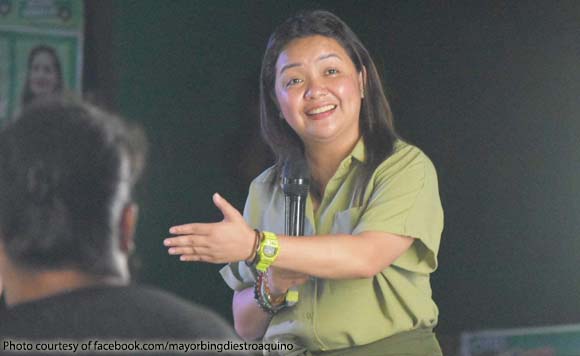 Real Mayor Bing Diestro-Aquino has been named an outstanding local chief executive by a group of social welfare officers for her accomplishments.

The Association of Local Social Welfare & Development Officers of the Philippines, Inc. has named Aquino its Gawad Parangal Awardee for the 1st to 3rd class municipality category in Luzon.

The group cited her “innovative programs and services in uplifting the general well-being of the marginalized and vulnerable sectors” of Real.

Aquino thanked the group for the recognition.

She said that it carrying out her duties as mayor, she kept in mind her father’s advice, which is to work hard for the people and to give her all for them.

She focused on her tasks and did not do them for the sake of pursuing awards.

But sometimes the recognition comes, she said.

She thanked the ALSWDOPI and its panel and validators for the honor.

She also credited Real’s social welfare officers for their work.

She dedicated the award to her late father and brother, as well as to the people of Real.