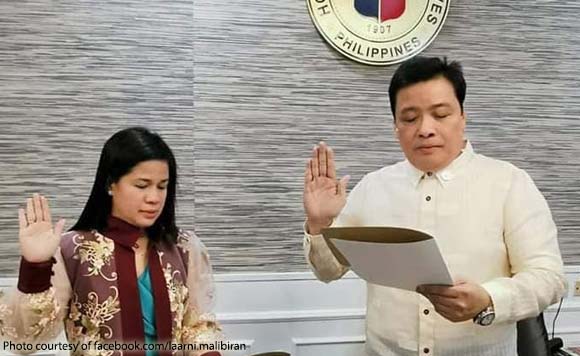 Santa Cruz Vice Mayor Laarni Malibiran has had a good working relationship with the TGP party list, which is why she decided to take her oath of office before one of its officials.

In a Facebook post, Malibiran said the party list group played a big part in her poll victory as it had partnered with her office in providing medical assistance and implementing other programs for the people.

She thanked Teves for agreeing to administer her oath and vowed to continue supporting his group.